From time to time I am funding interesting campaigns in Kickstarter or Indiegogo, mostly because I want to be part of the makers movement. Couple of months ago there was a campaign in Indiegogo for an Arduino clone with the name Iteaduino Lite made by the Chinese company  Imall. I was lucky enough to be one of the first so i got it really cheap. If i remember well it was only 5 dollars. I wasn’t expecting much from it but today that the package arrived everything changed. The build quality is really good and the parts seem to be carefully selected.  The most notable thing in this clone is that they don’t use an Atmel chip but instead a LGT8F88A build by Logic Green.  They say:

LGT8F88A based on LGT8XM, a deeply optimized 8bit RISC core. In order to maximize performance and parallelism, LGT8XM uses Harvard architecture – with separate memories and buses for program and data. Instructions are executed inside a 2-stage pipeline. 2-stage pipeline reduces useless fetch-stage, so decrease power consumption caused by flash memory. LGT8XM introduce a smart instruction cache, which can fetch more instructions one time, effectively decrease memory accessing operations. Based on our test, LGT8XM decrease about 40% power consumption caused by program memory compare to other 8bit architectures.

So let see a few photos:

It arrived in an antistatic bag without any foam protection. 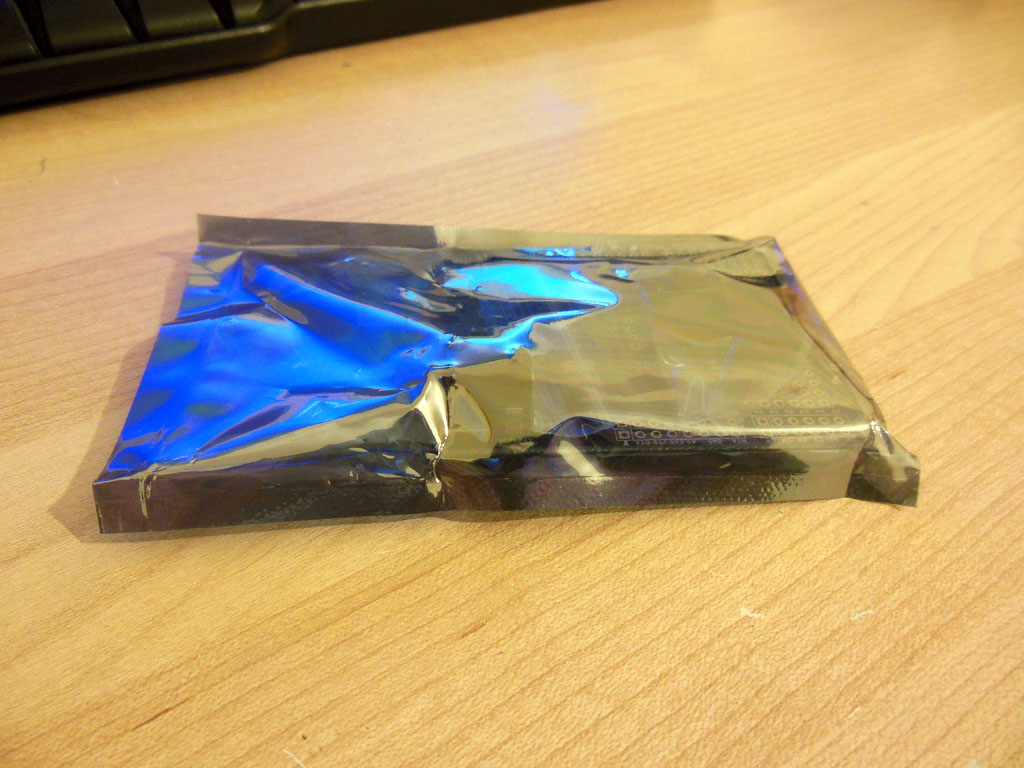 I had to do some soldering. No big deal. 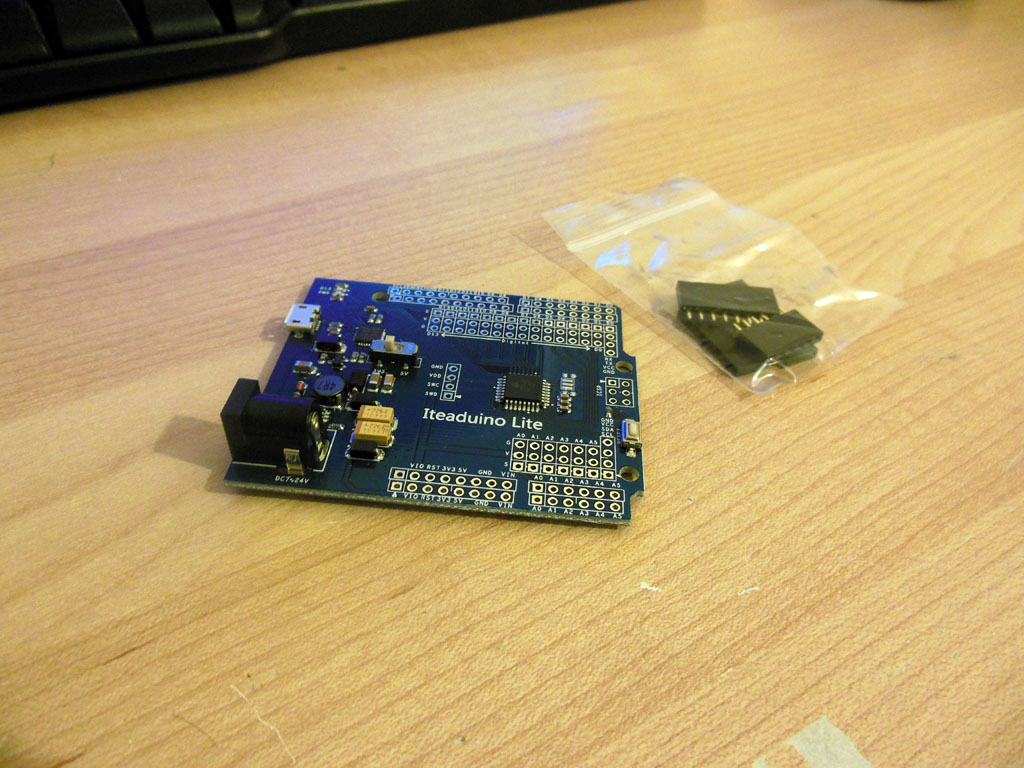 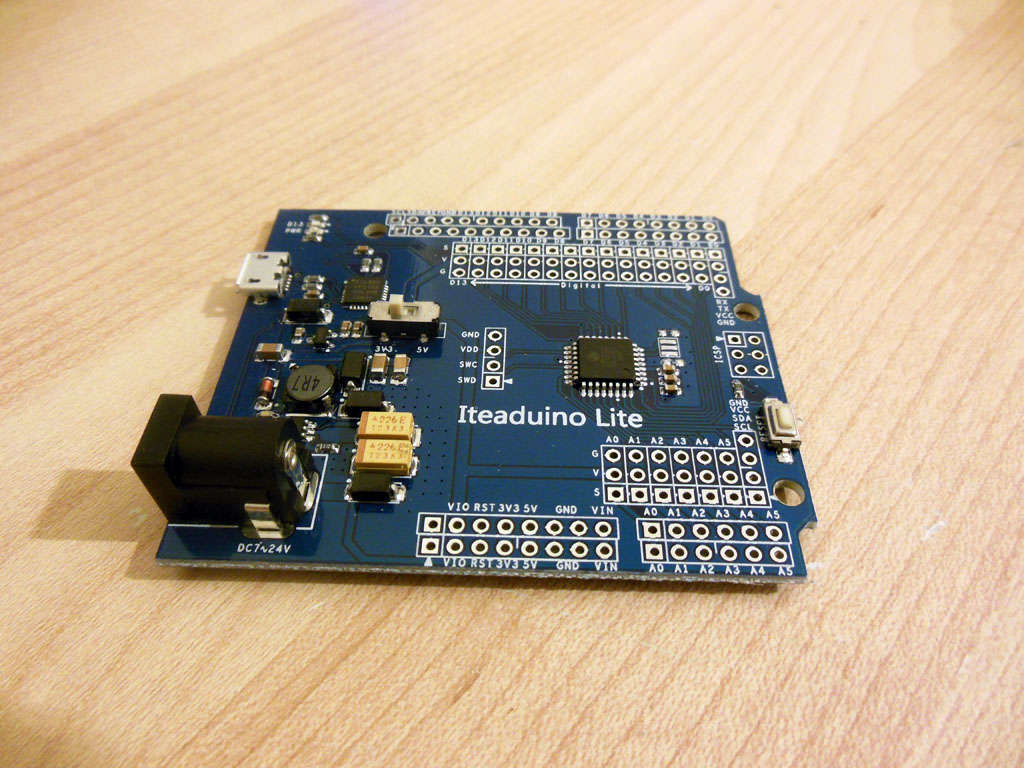 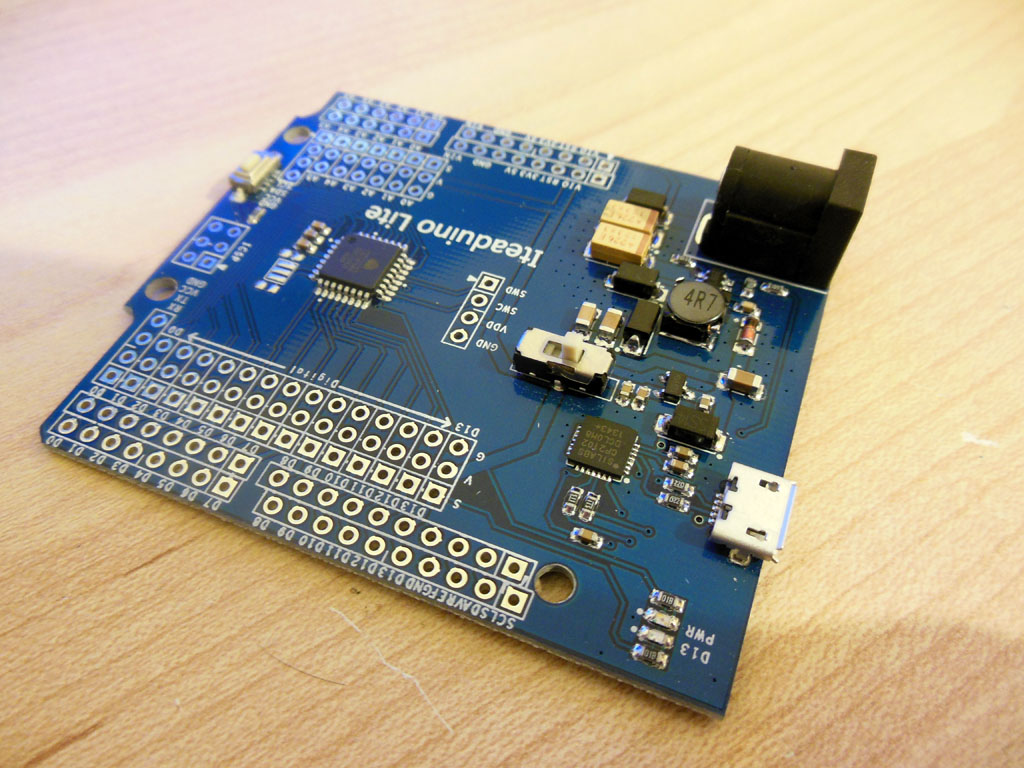 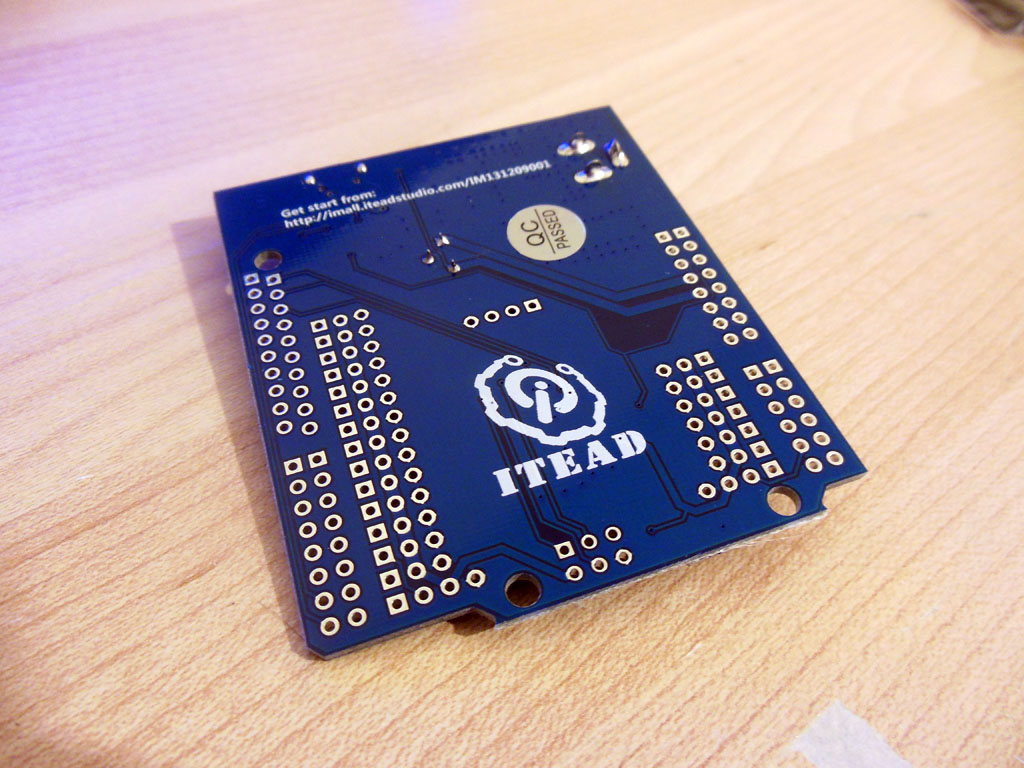 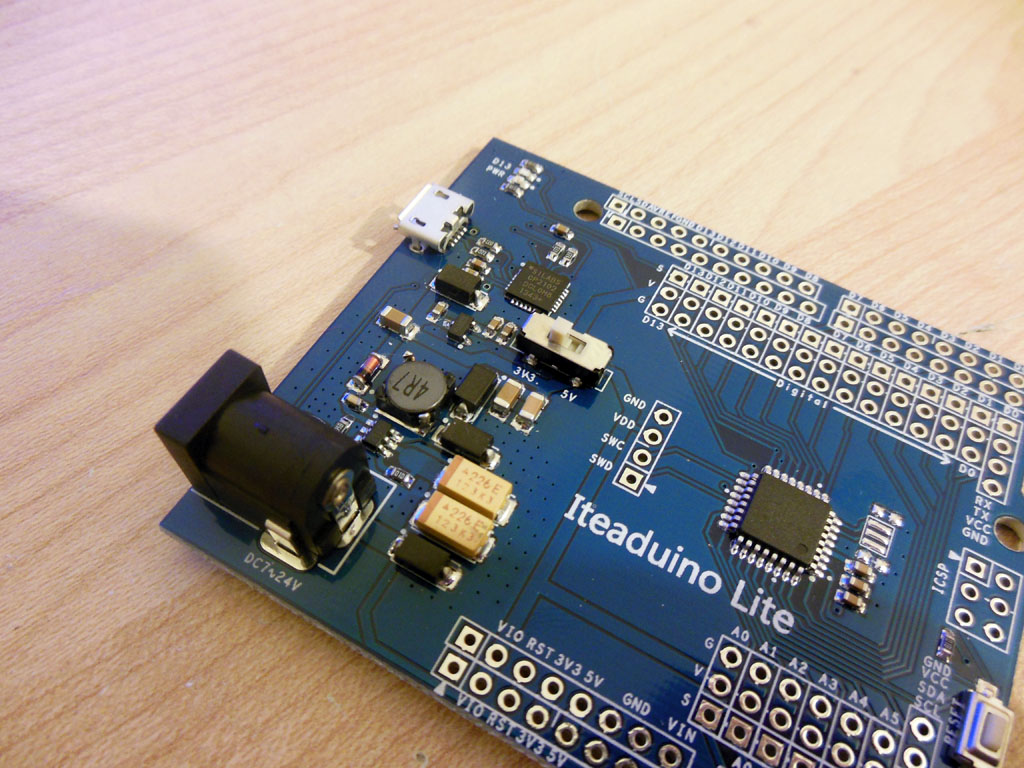 As you can see the quality is really good. Plenty of holes to help you prototyping and a micro-usb interface! 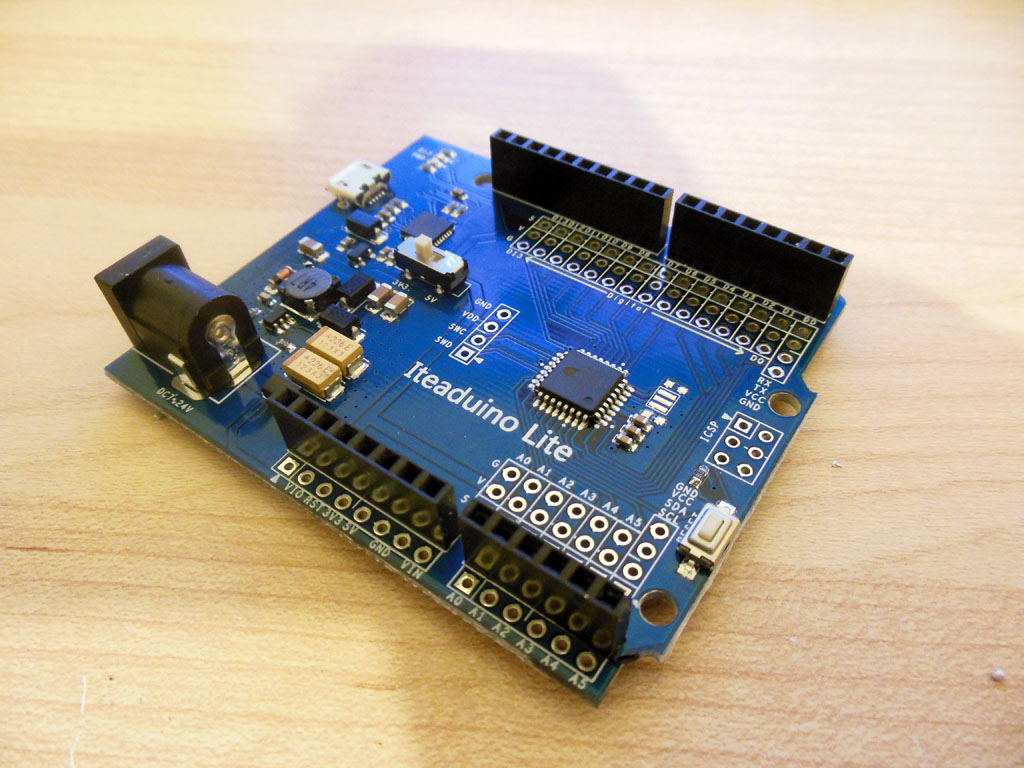 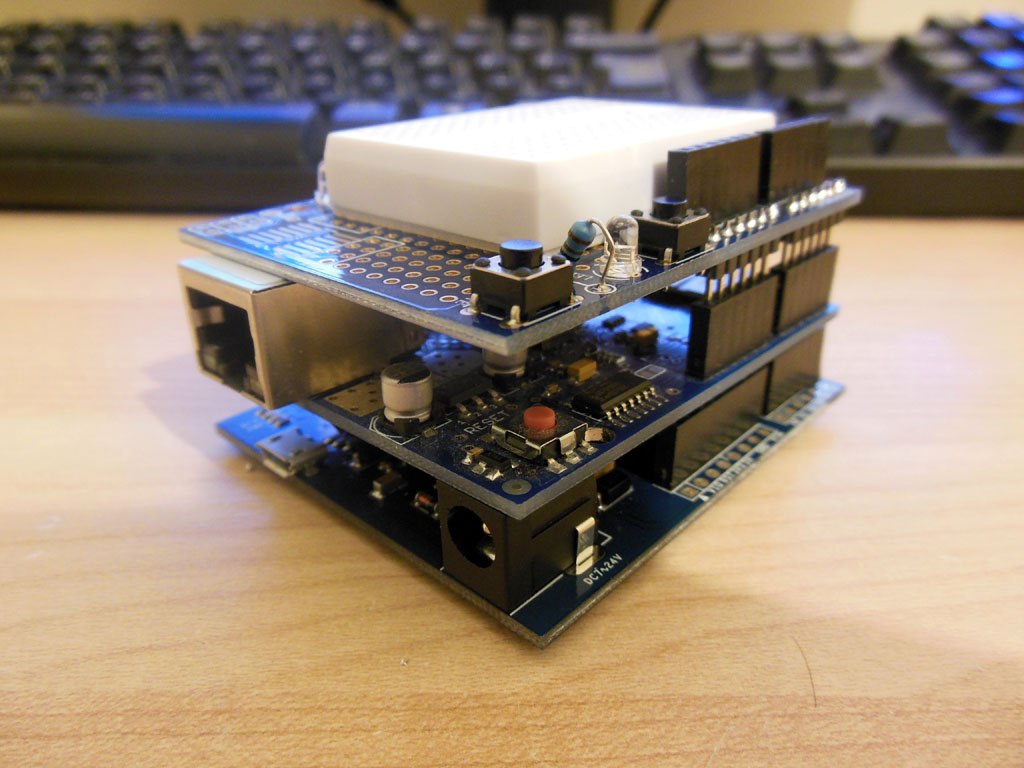 Here is the specs:

Few things worth to mention is that is has a nice dc-dc supply which gives you a wider range to work with plus you can select between 3.3v and 5v. The manufacturer claims that it will run faster because of the operating speed of 32mhz.

In order to be able to use the Arduino IDE you have to download and install a few things. First pick from here the driver for your operating system and use it to install the device. Then download the following patch:

Next step is to extract the contents and copy them to directory arduino-1.0.x \ hardware. Beware that Arduino IDE 1.5 is not compatible at the moment.

If all went ok then in your arduino Ide you should be able to pick the Iteaduino: 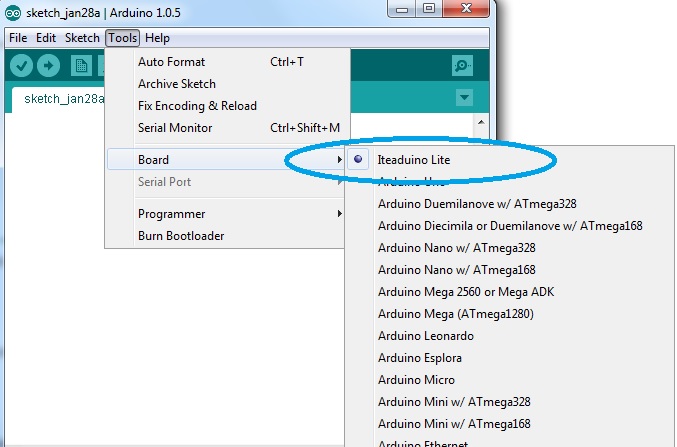 For a quick test i just loaded the led blink and it worked smooth. In the next few days I will build something more exciting. 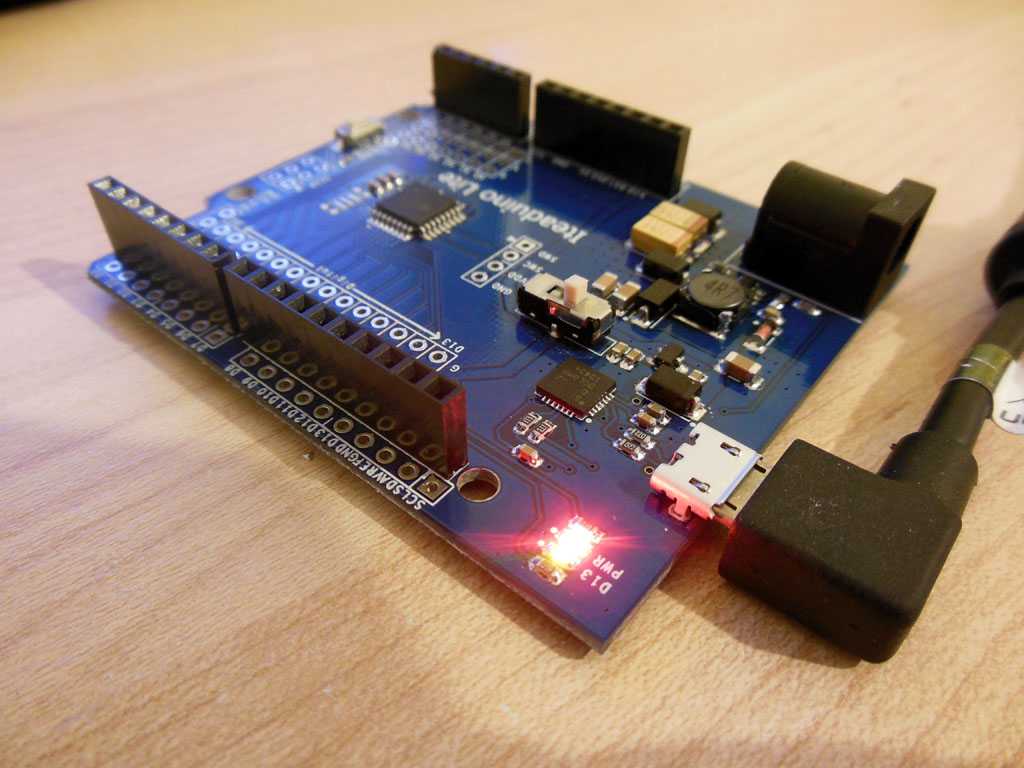 My opinion so far is that overall is a nice product and it worths the asking money. The price is really competitive and thats the biggest pro. I would love to see more products from this company and i will happily fund them again.

More information you can find in this link