Electron is one of the frameworks that you can easily fell in love from the first contact. It allows you to build desktop cross platform apps based on NodeJS. It is a huge success and everyday we see more and more people developing with Electrons help. Today is big day for the Electron team! They released version 1.0. Electron 1.0 represents a major milestone in API stability and maturity. 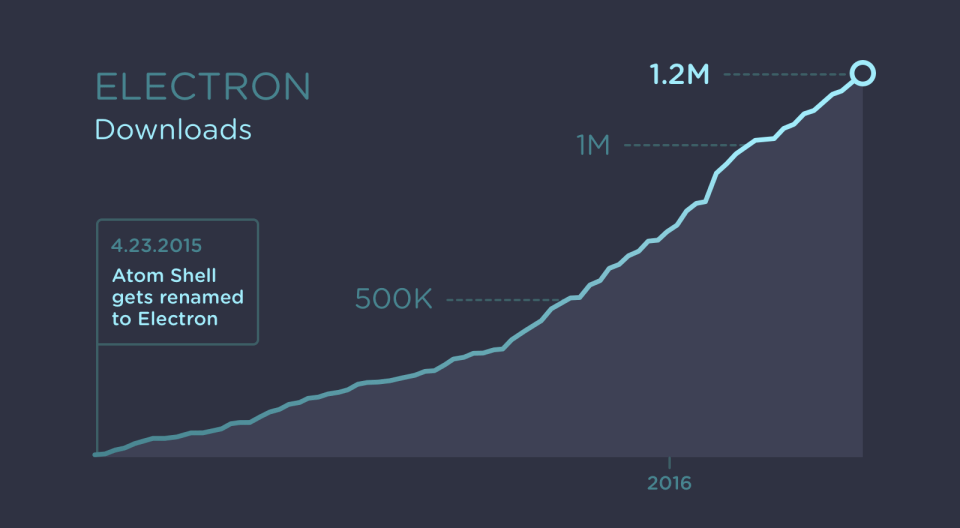 This release allows you to build apps that act and feel truly native on Windows, Mac, and Linux. Building Electron apps is easier than ever with new docs, new tools, and a new app to walk you through the Electron APIs. If you’re ready to build your very first Electron app, here’s a quick start guide to help you get started.

We released Electron when we launched Atom a little over two years ago. Electron, then known as Atom Shell, was the framework we’d built Atom on top of. In those days, Atom was the driving force behind the features and functionalities that Electron provided as we pushed to get the initial Atom release out.

Now driving Electron is a growing community of developers and companies building everything from email, chat, and Git apps to SQL analytics tools, torrent clients, and robots.

In these last two years we’ve seen both companies and open source projects choose Electron as the foundation for their apps. Just in the past year, Electron has been downloaded over 1.2 million times. Take a tour of some of the amazing Electron apps and add your own if it isn’t already there.